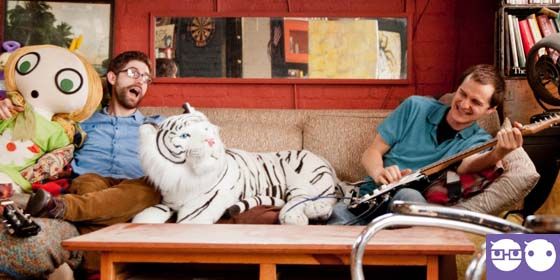 When Ben Hallowell and Joe Navin started playing for the first time in the beginning of 2013, they decided to change the Lancaster music scene from the ground up, by taking the local scene by surprise and attacking the city with acoustic performances.  By ingraining themselves in several open mic communities and starting several others, Ben & Joe have become a staple in the underground music scene that is alive and well in Lancaster, PA.  With catchy songs, original takes on classic covers, and innovative arrangements, Ben & Joe captivate listeners young and old with their easily digestible music and casual manner, all with a comedic timing that leaves audiences chuckling sensibly and wanting more.

Ben & Joe Getting The Crowd Involved

Ben & Joe Covering "Take On Me"