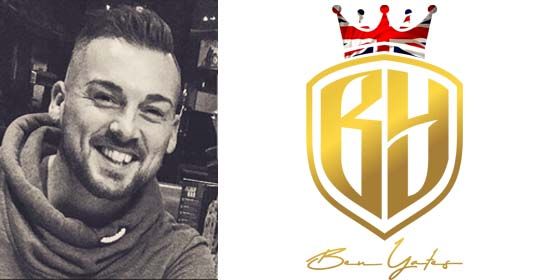 Ben Yates was born and raised in a small town on the South coast of England called Teignmouth, home of the world-famous Rock band MUSE.  He eventually made a move to London to hone his skills in musicianship.  After perfecting his talents, he spent well over a decade performing professionally on six different cruise liners as a front man and Showteam vocalist.  Originally, Ben began performing as a Michael Buble tribute act covering the man himself and all of the Big Jazz and Swing standards ranging from Sinatra and Sammy Davis to Dean Martin and Tony Bennett.  His acclaim and attention to detail ultimately earned him the title of Cruise Director.  This position offered him the responsibility to manage all aspects of on-board entertainment including activities and overall guest satisfaction.

Ben currently calls himself a resident of Northeastern, Pennsylvania.  He offers an exceptional solo performance featuring remarkable vocals accompanied by piano with the help of some guitar.  He performs popular cover tunes ranging from The Beatles and The Rolling Stones to Elvis Presley, Elton John, Ed Sheeran, and James Arthur.  Fans of Chris Stapleton and Country music will also be impressed with his diverse repertoire, as Country favorites are not out of the realm of his cover expertise.  Ben was 2020's winner of NEPA Sings in association with CASA of Luzerne County.  He looks forward to entertaining all over the United States when the opportunities arise!

Ben Yates Covering "Save Myself"

Ben Yates Covering "Let It Be"

Ben Yates Covering "You Are The Reason"