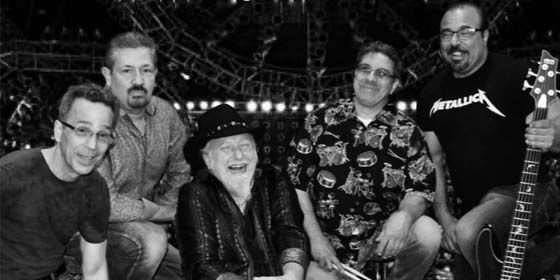 Philadelphia, PA’s Civil Discord are living proof that raw talent, ambition and honesty can still prevail in an ailing music industry.  By aligning their unwavering dedication to the do-it-yourself work ethic with a signature sound, singer/guitarist Bill DeSpirito, singer/bassist Taylor Rhodes, singer/guitarist Jay McKelvey, singer/drummer Chuck Mancini, and singer/percissionist Corinne Remolde DeSpirito have helped to define the landscape of today’s indie-rock music scene.  The backbone of their work?  Stylistically rocking eclectic songs—suggesting a range of influences of many genres through the ages—that hook…

It’s a fierce world out there and unless you’re Civil Discord, you might get swept up before ever getting your feet on the ground.  The Philadelphia, Pennsylvania rock outfit, Civil Discord, not only know where they’re going, but have a rock solid history that put them here today.  With the 2014 release of the band’s debut EP Might As Well Be Friends, and their 2015 follow up release, Inner Beauty, arrives with substance, style and a spirit that captures their inner essence.  Both are available on iTunes, Amazon and a host of other media providers.

Those local to the area have been lucky enough to see Civil Discord perform at such well known original and cover venues such as Legendary Dobbs, Connie’s Ric Rac, The Ribhouse, Chaplin’s and the list goes on.