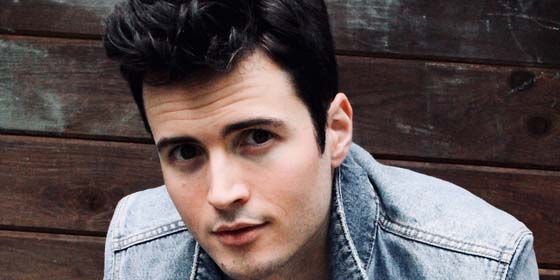 Australian-born singer-songwriter Dan Krochmal has been stunning audiences into silence since his arrival to the US.  With an ethereal voice that soars across octaves, and poignant, vivid lyrics coming straight from the soul, Krochmal’s performances defy gravity.  Dan is also a seasoned producer and sound engineer, and has been building a studio in the Pocono Mountains since 2017, where he produces his own content and works with other artists to bring their music to life.

In late 2014, Krochmal paid homage to one of his heroes with a stand-out performance at the 17th Annual Jeff Buckley Tribute in Chicago, before embarking on a solo acoustic tour through the US. After performing in New York, he realized he needed to move there, returning in May 2015 with only a suitcase and his guitar.

Since mid-2018 Dan has been working on his next studio album. He recorded the rhythm beds at Grand Street Recording in Brooklyn with Lenny “The Ox” Reece on drums (Demi Lovato, Kimbra, Super Duper Kyle, DJ Premier and many others), and David Cutler on bass (Iggy Azalea, SZA, JT Taylor). He recorded most of the other instruments himself in his studio space, where he also mixed the record. It was mastered in December 2019 by Greg Calbi at Sterling Sound, and was released on October 30th, 2020.

In November 2020, Dan was scouted to privately audition for American Idol.  After successfully completing two rounds of producer auditions, he was flown to Ojai, CA for the final celebrity judge audition round (placing him in the final few hundred contestants), where he performed for Katy Perry, Lionel Richie, and Luke Bryan.

Dan Krochmal Covering "Rock With You"

Dan Krochmal Covering "Somebody That I Used To Know"