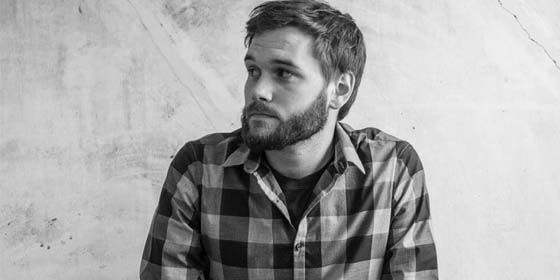 A native of Lancaster, Pennsylvania, David Wilson is a driven, up and coming singer/songwriter who has found his passion and his voice in a combination of Country, Folk, and Acoustic Rock music.  Either as a solo performer or as a member of the band known as "Bailey Park," originally formed by David and his piano playing brother, David has opened for several well known artists such as Kansas, Tim Reynolds' TR3, Sister Hazel, Bess Rogers, Doug Paisley, and Sonia Leigh. David's music has been featured on Pittsburgh's 91.3FM WYEP's "Third Thursday" and on Pittsburgh City Paper's "MP3 Monday." David's original song "Railroad Man" from his debut album "Songs From Wood Street" was featured on Philadelphia's 88.5FM WXPN as the "Philly Local Pick of the Day." He has performed on Central Pennsylvania news station FOX 43's "Music Monday." While working on his bachelor's degree at Point Park University in Pittsburgh, David was selected to sing in a choir conducted by Marvin Hamlisch.  The choir performed at Pittsburgh's Heinz Hall with the Pittsburgh POPS symphony.  His debut album entitled Songs From Wood Street was released in November, 2014 and he recently released an EP entitled Black Top Road in May of 2016.

David Wilson Covering "For What It's Worth"

David Wilson Performing "Be My Darlin"

"David Wilson's voice is awesome. It drives me nuts because I can't figure out which timeless songwriter he sounds like. Gram Parsons? Jim Croce? Harry Nilsson? A very compelling performer!"

"David is a bright star rising! His songs have strong visual images backed up with solid guitar rhythms and heartfelt vocals. He is an up and coming talent in the new world of singer-songwriters."

"David Wilson's beautiful and haunting songs make me feel like I'm on a long country road at sunset or the dusty coal mines of Appalachia. His guitar playing is artful and intricate and his voice is smooth and sincere. He is an artist that is clearly headed for great things."

"Bailey Park has opened 2 different shows for me with 2 different artists and I have enjoyed the experience. They are professional, entertaining and a pleasure to have on the bill. I look forward to working with them again."