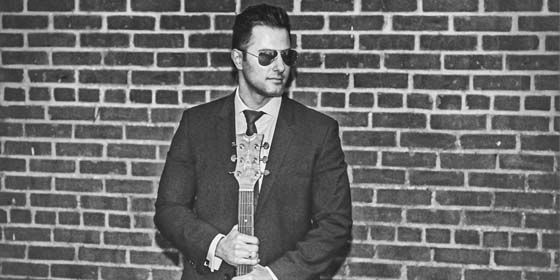 With almost 30 years experience playing guitar and singing in front of crowds, Dino covers your favorite tunes from the from the 80's to today's most recent hits! With over 200 songs of repertoire he'll be sure to play your favorite artists, everything from Aerosmith to Maroon 5 to Zac Brown Band and beyond!

Dino Began playing music at 5 years old, picking up the guitar at age 10.  He thought it would help him become popular at school, but he was wrong.  Although, throughout his youth he won many local talent shows.  Eventually Dino and his band moved on to play legendary venues in  NJ such as The Stone Pony where Bruce Springsteen and Bon Jovi have played, The Saint, and the Birch Hill.

Dino and his band Clearshot went on to record their debut album, "Another First" which 20+ years later still gains support on social media.  In 2004 Dino joined popular Long Island cover band Twelve10 and made music his full-time career.  This didn't last long because Dino eats a lot and he was really hungry, so he had to get a day job.