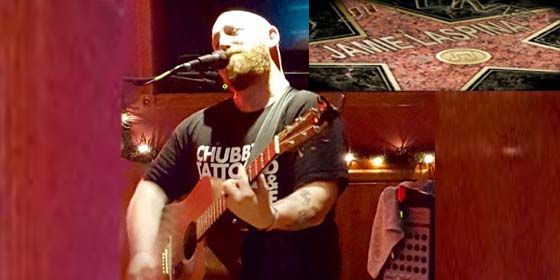 Jamie La Spina has accumulated over 15  years of professional music experience.  He  has performed all over the East Coast and has  been seen performing with both highly  regarded cover bands, as well as original bands.  His musical style consists of a blend of Classic and Modern Rock with a touch of Country.  Jamie La Spina credits his unique style to heavy influence from an eclectic musical taste.  He grew up listening to Classic Rock and later developed his own appreciation for Punk Rock.  Jamie appreciates many genres of music.

Jamie La Spina Covering "Use Somebody"