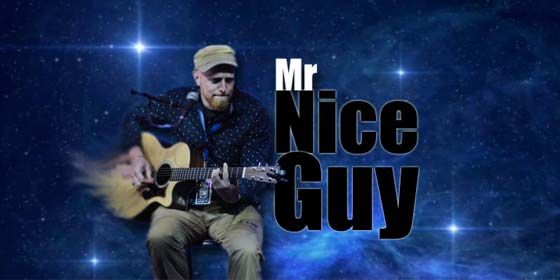 Since 1999, Keith Scharlach a.k.a. Mr. Nice Guy has performed as a solo acoustic act in a variety of venues in and around South Eastern PA, and has also been a member of GryN, SmyrK, Me Against Me and humble ThreaT. As a solo acoustic performing artist, Mr. Nice Guy incorporates Classic & Modern Rock, Reggae, Hip-Hop and Original Music into each performance, crowds are known to participate and enjoy this unique show.

Mr. Nice Guy Covering "When I Come Around"