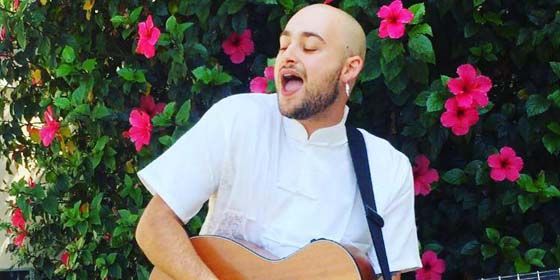 Muddy Marshall is a distinctive performer specializing in both cover shows and original compositions.  His cover shows feature a fusion of modern energy with classic hit recordings, drawing influence from such icons as Elvis, The Beatles, Red Hot Chili Peppers, Little Richard, and more.  His passion for singing began at the early age of two and by the age of 14 he was performing professionally!  After growing up in the suburbs of Chicago, he spent four years gaining steam and performing professionally in Los Angeles, California.  He now calls the sunny Florida coast his home.

He was featured on televised rounds of ABC's hit show American Idol in 2018 and has had multiple contractual agreements as a featured performer on Princess Cruise Lines.  He continuously crafts original material as well, which he describes as a "choice blend of pop and rock." He ultimately aspires to garner acclaim for his original work describing the most rewarding part of performing as "connecting with a room full of strangers through the power of music."

Muddy Marshall Covering "Nothing Holding Me Back"