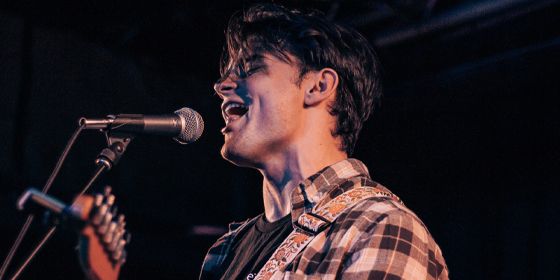 Noah Richardson is an alt-pop artist out of Southeastern, Pennsylvania. Writing music in his funeral home basement, Richardson’s artistry has received interest from all over, from NBCs’ “The Voice”' to Unclear Magazine’s “Next Artist to Watch”.  After winning Blake McLain’s YouTube songwriting series “The Producer,” Richardson released his debut track "lowercase letters" in 2021.  Since then, he agreed to a song by song deal with indie label Free Dive Records.  With only eight grass roots style releases under his belt, Richardson’s work has garnered praise from publications such as Unclear Magazine’s Next Artist to Watch and esteemed influencers like Summer McKeen and Liv Cowherd.  His music has been featured on various radio stations across the United States and Canada.  He’s performed in front of crowds as large as 15k within less than a year of releasing his debut single.

Noah Richardson Band Covering "Everybody Wants to Rule the World"

Noah Richardson's Original "Dead to Me"