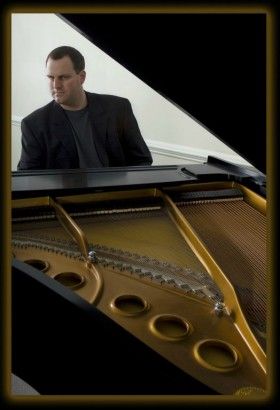 Paul Marturano is known internationally  for his television appearances on American  Idol, Access Hollywood, Inside Edition, and  several other television programs.  He has  the heart of Mother Theresa mixed with  Howard Stern's sense of humor; both are  reflected in his songs.

Paul has performed in front of a crowd of  thousands at Philadelphia's Citizens Bank  Park.  In 2009, he was granted the  opportunity to perform both a pre and post  show concert for Billy Joel & Elton John's top  grossing Face to Face Tour.  He sat in at the  Iridium Jazz Club in New York City with the  legendary Les Paul, performed on many  local and national television shows, and has  opened shows on the piano for many  comedians such as Jackie the Jokeman Martling.  Paul even had the honor of playing on the USS Midway prior to Frank Sinatra Jr., at an event honoring Lee Iacocca.  He was also part of the team that earned a Daytime Emmy Award behind the scenes of the popular television show, Who Wants to be a Millionaire, with Regis Philbin.

Paul has been featured in such mediums as The Philadelphia Inquirer, The Washington Post, US Weekly, Rollingstone.com, People.com, MTV.com, and numerous other major publications, TV shows, websites, and radio programs.  Paul is known for his Rock & Roll piano style, his soothing ballads, and also for his clever comedic songs.  Whether he is performing solo, as one half of a dueling pianos show, or with his band, Paul Marturano's live show is full of energy and always insures a good time!