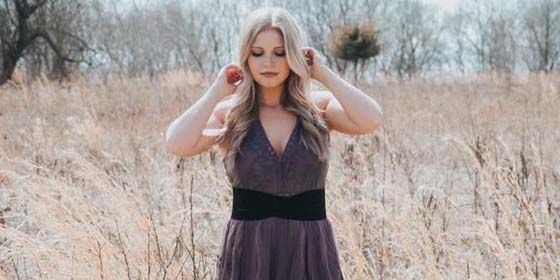 Sarah Diamond is a singer/songwriter from Southeastern Pennsylvania. Raised by two musicians, her interest in music began at a young age. She began singing at six years old following in the footsteps of her mother, and started guitar at the age of thirteen like her father. She continued her musical studies from grade school through college and obtained her degree in Music Elective Studies with a Concentration in Voice from West Chester University, studying under Dr. Stephen Ng and Dr. Emily Bullock.

Sarah joined her first band in 2016 and began performing as an acoustic solo performer in June of 2018 throughout Southeastern, PA. She covers a variety of musical genres including pop, classic rock, R&B, and of course, country. Her musical style began to develop when she became a member of her most recent group Let’s Ride, a country/rock cover band.

Sarah continues to pursue her full-time music career as a solo artist. She plans to form a band of her own and record a debut album in the near future.

Sarah Diamond Covering "Before He Cheats"

Sarah Diamond Covering "Somebody To Love"