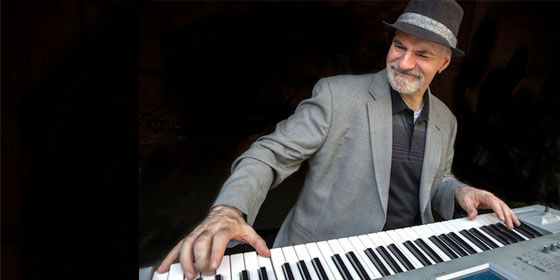 Scott Gurney is one of the most versatile pianist/vocalists around.  At age 10 he started playing piano and threw himself into the world of music.  First it was classical music, then his fascination for jazz led him to study with such notable jazz teachers Adolph Sandole, Larry Mckenna, Jimmy Amadie and Charlie Banacos along with attending the Philadelphia College of Performing Arts.

Scott Gurney's professional career began at the ripe age of 13, playing in various local bands.  Later he performed with such notable artists as the Drifters, Lou Rawls, and worked in Atlantic City with various lounge artists.  Scott soon realized that he loved to sing and he started performing in the greater Philadelphia area as a solo singer/pianist in addition to leading his own bands.  He currently performs regularly at Seasons 52 which has locations in King of Prussia, Cherry Hill and Edison NJ.

Scott's performing style is extremely diversified and he has many years of playing all types of musical afairs ranging from weddings, private parties, solo piano, to bebop jazz piano in jazz clubs all across the Philadelphia area.  His influences include jazz artists Bill Evans, Miles Davis, Herbie Hancock, Keith Jarrett, Dexter Gordon, and pop artists Billy Joel, Elton John, Frank Sinatra, Bozz Scaggs, Steely Dan, Ray Charles, and Nat King Cole.  His performance repertoire extends from Sinatra to Billy Joel to modern artists like Maroon 5, David Grey, Adele, and many others.  For private events he can perform solo piano or solo piano/vocal all the way up to a 4 or 5 piece band. His musical expertise will add the finishing touch to any event you are hosting!