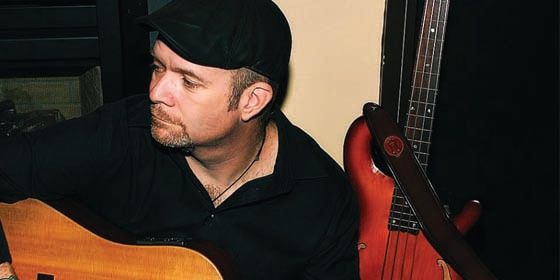 Versatile in both his many instruments  and ability to contribute lyrically and  musically, Sean Royle Smith is a talented  bassist, guitarist, vocalist, and composer.  Sean began playing bass in middle school,  followed by a whole range of instruments  throughout high school and college.  He  studied Music Theory at Millersville  University and today, Sean performs  regularly as a solo act and as a member of  several bands including: The Tim Williams  Band, The John Valerio Band, brownpenny,  & Sullivan's Bridge.  His performances treat  listeners to unique covers of both popular  and classic tunes, as well as his own original  pieces.  He has performed at such venues as  Chaplin's Music Cafe Spring City, PA, The Tin  Angel Philadelphia, Live at 5 on Philly's  104.5, Rockwood Music Hall in NYC, Lestat's  in San Diego, and Witzend in Los Angeles.

Sean Royle Smith Performing "Blame It On The Whiskey"