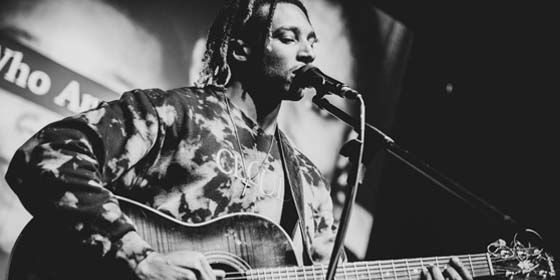 Seth Witcher is a seasoned musician described as being "Current, contagious, and in demand" according to Pennsylvania's Lehigh Valley Style Magazine.  He is the Season 2 winner of FOX 29’s “Spotlight Under the El,” and has also recently been featured on both WFMZ 69 News and the Q Show on FOX 29.  Seth is a singer, song-writer, producer, and a luthier who has accumulated over a decade of guitar and vocal experience.  His popularity has blossomed nicely over the past several years, averaging just under 200 performances annually.  Ultimately, he desires to be heard by as many audiences as possible, so stay tuned and keep an eye out for when he's performing near you!

Seth Witcher Covering "Fly Me To The Moon"