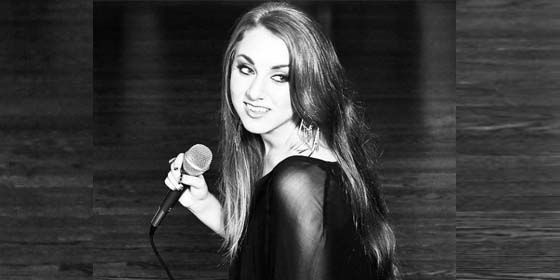 In both miles and metaphors, a 12-hour drive from Douglassville, Pennsylvania to Nashville is a considerable distance.  With her blossoming career as an ascending artist, it is an inspiring journey that Stephanie Grace knows well.

A songwriter with something essential to say, a gifted singer and a charismatic live performer who has opened shows for platinum artists like Taylor Swift, Scotty McCreery, John Michael Montgomery, Josh Turner, and The Charlie Daniels Band: Stephanie Grace is dedicated to Country music. “In my mind, Nashville is the heart of all music,” she says. “It’s overwhelming, but in a good way."

Now 19, and already a veteran of national radio promotional tours and imposing concert stages, it is difficult to imagine that Stephanie could be overwhelmed by anything. “It’s all an act!” she laughs. “Growing up, I never had confidence.  I was super awkward. Singing brought me out of that, but to this day I still get nervous before I sing.  Then the second the song starts it’s like, ‘I’ve got this.’ It’s a drastic change.  I get onstage and this explosion occurs.”

On her frequent trips to Nashville, Stephanie concentrates on writing and recording.  Her eponymous EP debut established the creative identity that her second EP, Life’s Okay, showcases with world-class musicians and inspired production tailored to her rich, expressive voice.  Significantly, she co-wrote all but one of the tracks on her latest release and she often works with her Nashville collaborators long distance via Skype.