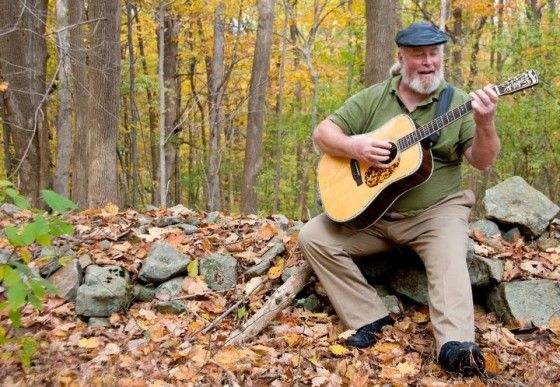 Steve writes songs about life in the Lehigh Valley and beyond, and he has hosted a monthly Songwriters Workshop at Godfrey Daniels, Bethlehem, PA, for the last five years. Steve's goal is to create a shared uplifting musical experience with the audience, and make them smile, laugh, and tap their toes. Steve Walker has been featured at venues as diverse as the Philadelphia Folk Festival, Berks Jazz Fest, and the Pennsylvania State Capitol.  Steve has shared the stage with such noted performers as Tom Rush, Vassar Clements, Steve Kimock, Dark Star Orchestra, and the McCoy Tyner Trio.  Steve and Born Cross-Eyed, the popular dance jam band of which he is a founding member, have won a large and loyal following throughout Southeastern Pennsylvania. Steve Walker is the featured Harmonica player on the nationally released CD "Relix 20th Anniversary Concert," a live recording at the Wetlands in NYC, jamming with former Grateful Dead keyboardist Tom Constanten and David Nelson of the New Riders of the Purple Sage.  Steve's Mandolin playing has won Best String Instrumentalist twice at the Lehigh Valley Music Awards and he was a finalist at the Lehigh Valley Acoustic Performance Contest.  He received the Founders Award at the 2011 LV Awards Ceremony at the Musikfest Cafe for his continuing support and contributions to the Lehigh Valley music scene.

His principal genre is acoustic folk singer songwriter, but Steve Walker is also well versed in Jazz, Rock, Reggae, Blues, Bluegrass, Classical, and Country styles and traditional Celtic jigs, reels, and fiddle tunes.  In addition to a large repertoire of original songs, traditional material, and jazz standards, Steve Walker offers his own interpretation of classics ranging from the Beatles to Beethoven.  He performs as a solo, acoustic duo, and with Born Cross-Eyed, and his Bluegrass band the Hex Hollow Rounders have been featured at festivals throughout the Northeast.  Steve is always happy to play requests and to respond and interact with the audience.  All engagements are announced on a 5000 person mailing list.  Steve is based out of Barto, Pennsylvania, 50 miles north of Philadelphia and 20 miles from the Lehigh Valley.  A performance by Steve Walker is sure to be a wonderful addition and asset to your festival, club, or special event.