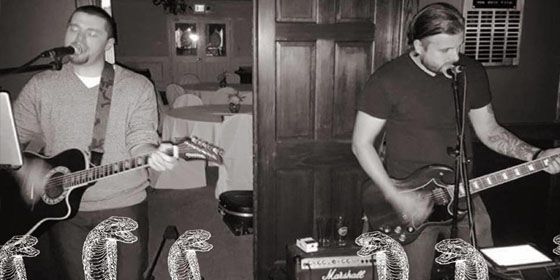 The Cobra Boyz are one of the premiere cover bands in Northeastern Pennsylvania.  Known for their signature blend of beautiful melodies, knee slapping laughs, and modest good looks, The Cobra Boyz have something for everybody.  From playing the world-famous Whiskey A Go Go, to performing at benefit concerts for homeless veterans, to extended stays on the Van's Warped Tour, band members Tim O'Grady (guitar / vocals), Anthony Paesano (guitar / drums / vocals), Jay Wycoff (percussion), and Kara Clydesdale (vocals) bring it hard to the hole every time they play!  Whether it's Rock, Country, Pop, Hip-Hop, or Drum-core, the choice is clear:  VOTE COBRA BOYZ!

The Cobra Boyz Covering "Don't Let Me Down"

The Cobra Boyz Covering "Back In Your Head"

The Cobra Boyz Covering "We Can Work It Out"