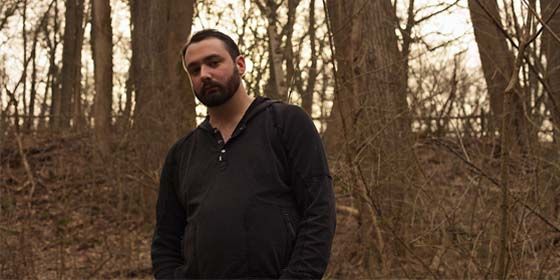 Born in 1989 and raised in Philadelphia, Joe Kenney studied classical and jazz piano from age six, eventually taking pre­college masterclasses at Curtis Institute of Music and receiving a BM in Piano Performance from West Chester University of PA.

A decorated recording artist and performer, Joe has thrived for years in the Greater Philadelphia area music scene.  His versatility is marked by an ability to incorporate classical training and jazz expertise into a unique sound.  With all of his offerings;­­ solo piano, impressive duos with vocalists, the dynamic Joe Kenney Trio, and a new and exciting quartet, ­­ Kenney’s versatility shines with jazz infused covers of popular hits and distinct and boundary-pushing versions of classics and jazz standards.

Kenney’s debut album Afflictions and Remedies has been featured on WRTI ­FM (Temple University’s Classical & Jazz Station), on XPN during “Sleepy Hollow” with Chuck Elliott, and is starting to be picked up nationally.  Meredith Hairston, music manger at WJSU­FM (Jackson, Mississippi), placed several tracks in rotation on the station and as lead­-in music to news programs and other segues.  The album is comprised of eight original songs and is reflective of his extensive classical training and representative of a fusion of classical, jazz, and blues styles.  The album is, in Joe’s words, "a personal introspective on love, loss, and healing.”

Hairston, a major champion of Kenney’s music, called Afflictions and Remedies “a beautiful painting of a piano at work.  One listens for the shared encounter, the relatable mood.  The experiences Mr. Kenney shares with his audience on Afflictions & Remedies are commonplace and relatable for so many.  Heartache, Suffering, Love, Hate. While the experiences themselves may be brutal, blunt, and bare, the music on Afflictions & Remedies is just the opposite. There’s something calm, gentle, and adorning in the melodies Mr. Kenney creates."

In February 2016, Kenney’s versatility was highlighted as he recorded his second studio album. 1.5, a nine­ track album that features classically stylized piano covers of alt rock and top 40 selections.  Radio 104.5, Philadelphia Alternative Rock station, featured 1.5 on the air and on the official website for WRFF.  DJ Wendy Rollins called Kenney’s arrangements "perfection” and went on to say, “When an artist is able to completely re­imagine a song, in a totally different format....you have my attention.  Joe Kenney has my attention."

Joe Kenney Duo Covering "All Of Me"